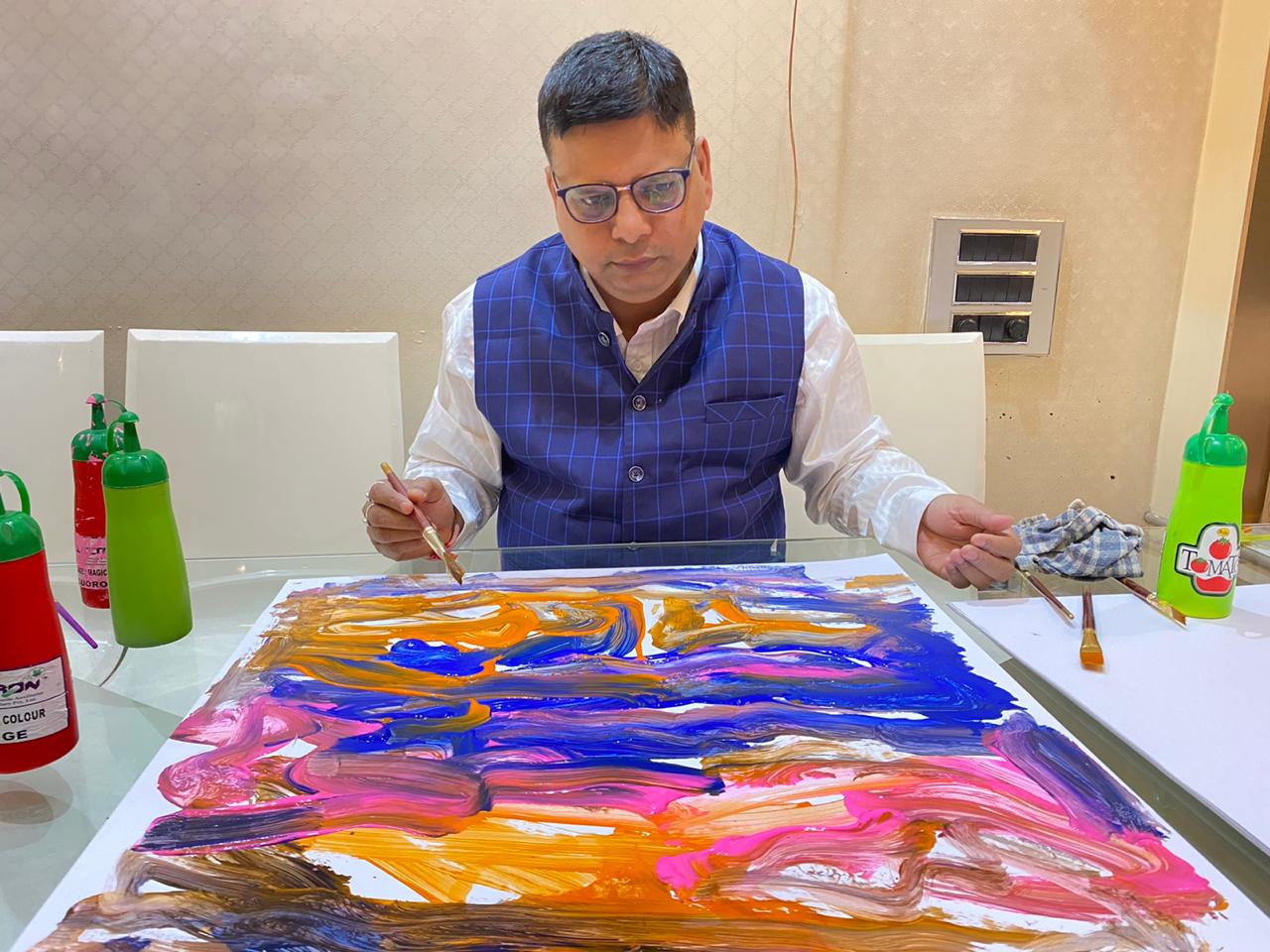 Call him an amateur, a novice, maverick or a purist - Ajay Choudhary has etched himself onto the canvass of the intricate world of abstract art. A self-taught man, has surprised all with his deft strokes on the canvass. He is considered as a gifted abstractionist . Choudhary has showcased his creations in the top art galleries in the world and has won accolades from art connoisseurs. He is candid enough to admit that he is a self taught man and has taken to his childhood passion (painting) seriously. Noted global painter M.F. Husain has described Choudhary's paintings as "living art form". His imaginations and ideas for paintings are based on his experiences or observations from the daily life. He has held Solo show at Sarjan Art Gallery Baroda , Ahmedabad-ni-Gufa in 2011, , 'Towards infinity' Open Studio and curated Solo show at The Loft at Lower Parel (Mumbai) in 2008 , 2008 Marvel Art Gallery , Ahmedabad, 2007 Amdavad Ni Gufa , Ahmedabad,   2007 ‘Between Line and Color’, Sarjan Art Gallery, Baroda , 2005 Marvel Art Gallery, Ahmedabad , 2005 Open Palm Gallery, New Delhi ,2003 ‘Impressionist and Abstract’, Archer Art Gallery, Ahmedabad . He has participated in numerous group shows including 2009 ‘1x1 India ‘ Group Show at Taj Mahal Hotel , Mumbai , 2007 ‘Mridgandha’, Faculty of Fine Arts, M. S University, Baroda.

‘ A Stroke with Square’ a 22 mints documentary made on abstract Paintings of Ajay Choudhary. This film was shown at Morocco international film festivals , Kerala Film Festival, Calcutta Film Festival etc. A sound Installation ‘ CROCHET OF EMOTIONS’ was made by a Bollywood Music Director inspired by art works of Ajay Choudhary. He is life member of Bombay Art Society and Art Society of India . He lives and works in Baroda and Ahmedabad .

What is most readily apparent in Ajay Choudhary’s work—both his paintings and his drawings—is the openness with which he approaches each canvas or sheet of paper. If there is a plan or a blueprint in mind, then it is truly only there, in the mind, for the images themselves bespeak nothing less than a complete visual autonomy—a period of studio concentration where “now” is the directive and “let it happen” the mantra. Sculptor Donald Judd once ventured that the artist’s fiercest adversary was “composition,” and in turn the “juggling, jockeying, fussing, [and] balancing” needed to get there.1 This is not to say that the idea of composition is to be avoided at all costs, certainly Judd’s perfectionist objects involved a great deal of planning and forethought, but there are unquestionable creative benefits that come with spontaneity, and certainly Choudhary is no stranger to their attraction.

Frank Stella, like just about all of his immediate successors, was admittedly interested in “explor[ing] the integral relationship between surface and support.”2 The working area, be it canvas, panel, or paper, is a field, and must be addressed as such regardless of what is rendered atop it. “When [Richard] Diebenkorn wants to set a curve flowing across the paper,” wrote critic Robert Hughes in Time magazine in 1982, “Its rhythm acquires a detached mellowness, a quality or reverie,” yet “this wandering of the hand is constantly checked and inflected by the vestiges of a grid.”3 Inescapable as it is, there are varied means of approaching the actuality of the geometry of the working area. Instead of defining the crisscross pattern, the structural element with which the paper and the canvas can be bisected, Choudhary’s modus operandi is to unravel and untwist it into a maze of free lines. Each “compartment” the lines make upon intersecting is filled alternately with the fleshy background color or its slathered sienna and tan compliment. In places the lines act as boundaries, containing the paint forms. In others they ignore their surroundings completely, meandering through the different terrains unaware, or at least unobservant of their surroundings. In some of the drawings we see traces of past lines through the foundation background hues. Forgotten in places, half-excavated in others, these hints of some type of underlying mesh tell of a history in the work, a past that the artist wants us to be aware of, but not too familiar with.

While Diebenkorn transported his seaside Los Angles vistas into blocks of blue and humps of sandy warmness, Choudhary’s periphery encompasses the brown expanses of Gujarat, checkered with the olives and fatigue cultivation and vegetation. In the sky birds circle and figure-eight above, while the artist’s hand mimics their trajectories in squiggly lines. Just as “images of the California coast have found their way” into Diebenkorn’s works, the panoramas and palettes of the Indian mise en scène have infiltrated these drawings; but, as Hughes pointed out, “in a condensed and fully digested idiom whose sources, far back in the early twentieth century, are Henri Matisse and Piet Mondrian.”4

Yet aside from the thematic, Choudhary seemingly shuns subject matter altogether, at least superficially. The medium is his subject, constantly being molded and formed into what it will become, an abstraction. “The medieval artist, like the child, relies on the minimum schema needed to ‘make’ a house, a tree, a boat that can function in the narrative,” writes E.H. Gombrich in his psychological study Art and Illusion. “When we say these schemata look somewhat like toy trees or toy boats, we are presumably closer to the explanation of the essentials of ‘primitive art’,” or the origin of visual representation. On the other hand, someone like John Constable, for instance, throws a wrench in the whole process by making “allowance for the transformations which shapes and colors undergo through the accident of the position from which he viewed the scene. Taking their real shape for granted, he modifies them even at the risk of sacrificing functional clarity.”5 Continue this line of reasoning, of perpetual modification, and you wind up with the abstractions of the Cubists, the Abstract Expressionists, and presently of Choudhary. Observation need not be based in mimicry, lest the sublime be glossed over. Painter Richard Lytle, one of MOMA’s 16 Americans, directs our attention to an entry in Delacroix’s diary that declared most people see objects only literally. “Of the exquisite they see nothing.”6

Like Diebenkorn’s 1982 exhibition of which Hughes spoke, Choudhary’s decision to exclude the formality of painting in favor of these relatively hurried selections, “marks both a departure and a continuation.” As opposed to his rich-hued oil paintings, Choudhary’s drawings exist as more than just “sketches” for explorations to be made later backed up with paint-laden brushes. They are furtive excursions (or more appropriately incursions) into a territory not necessarily extant in the three dimensions we move freely about in in our daily lives. It is a skeletal world, gridded up and framed, where puce moments share space with the winding ink line that chases the artist’s pen around the paper. These drawings give the impression of a web hanging in space. Brown and tan vapors float and spin suspended. Bled to the edges of the paper, the space is abruptly chopped, leading the viewer to imagine massive vistas beyond. Of what we’re unsure. Perhaps more of the same, or perhaps these drawings have captured just the beginning, the edge or outlying areas of something vaster, more massive and more solid, with colors, opacity and mass. Like an oil painting.

My paintings are essentially a form of rebellion. The key idea behind my paintings is to use  abstraction as a means to comment on reality by a process embodying child like freedom and spontaneity to break the conventional inhibitions of a trained mind to project an unchartered abstract landscape of the abstruse. 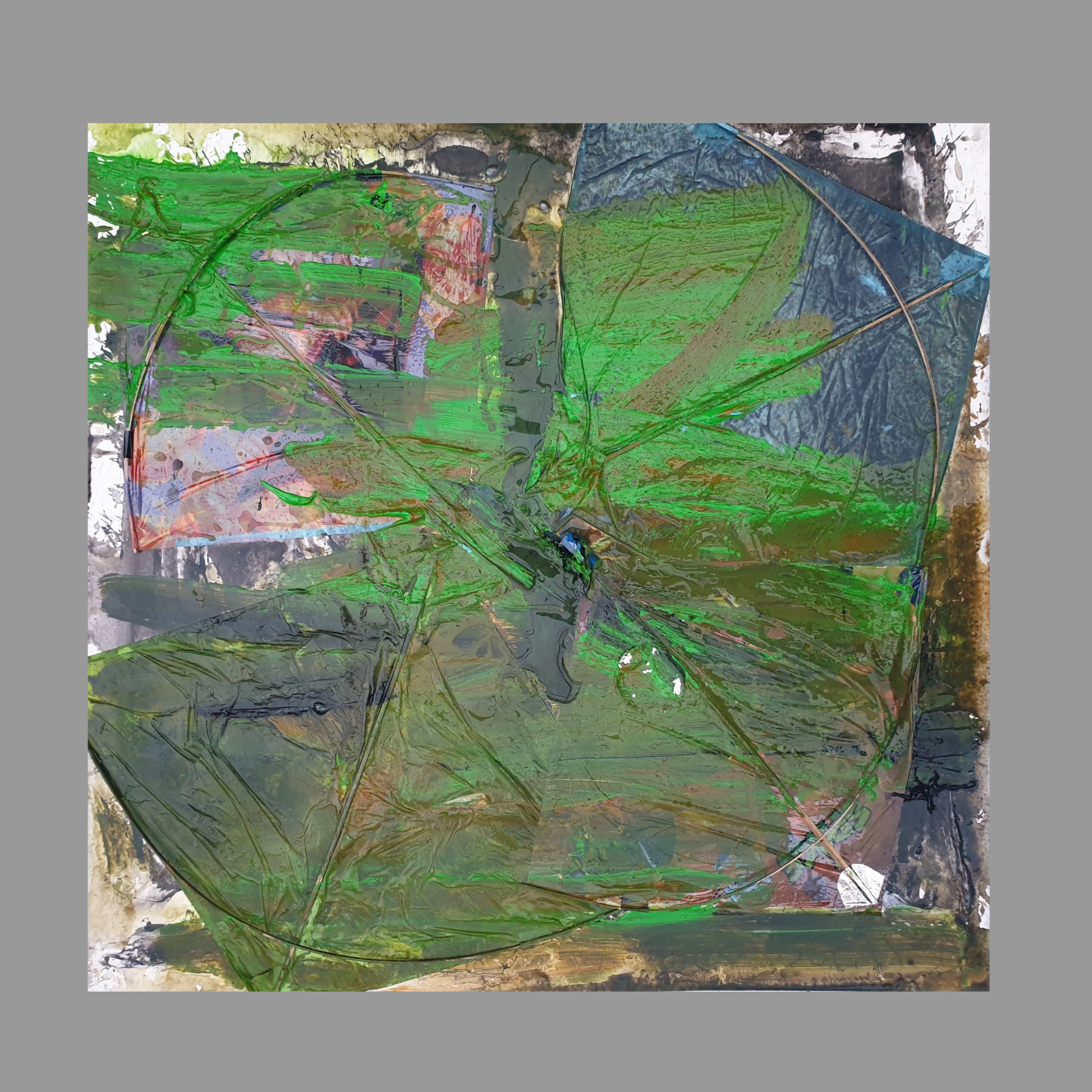 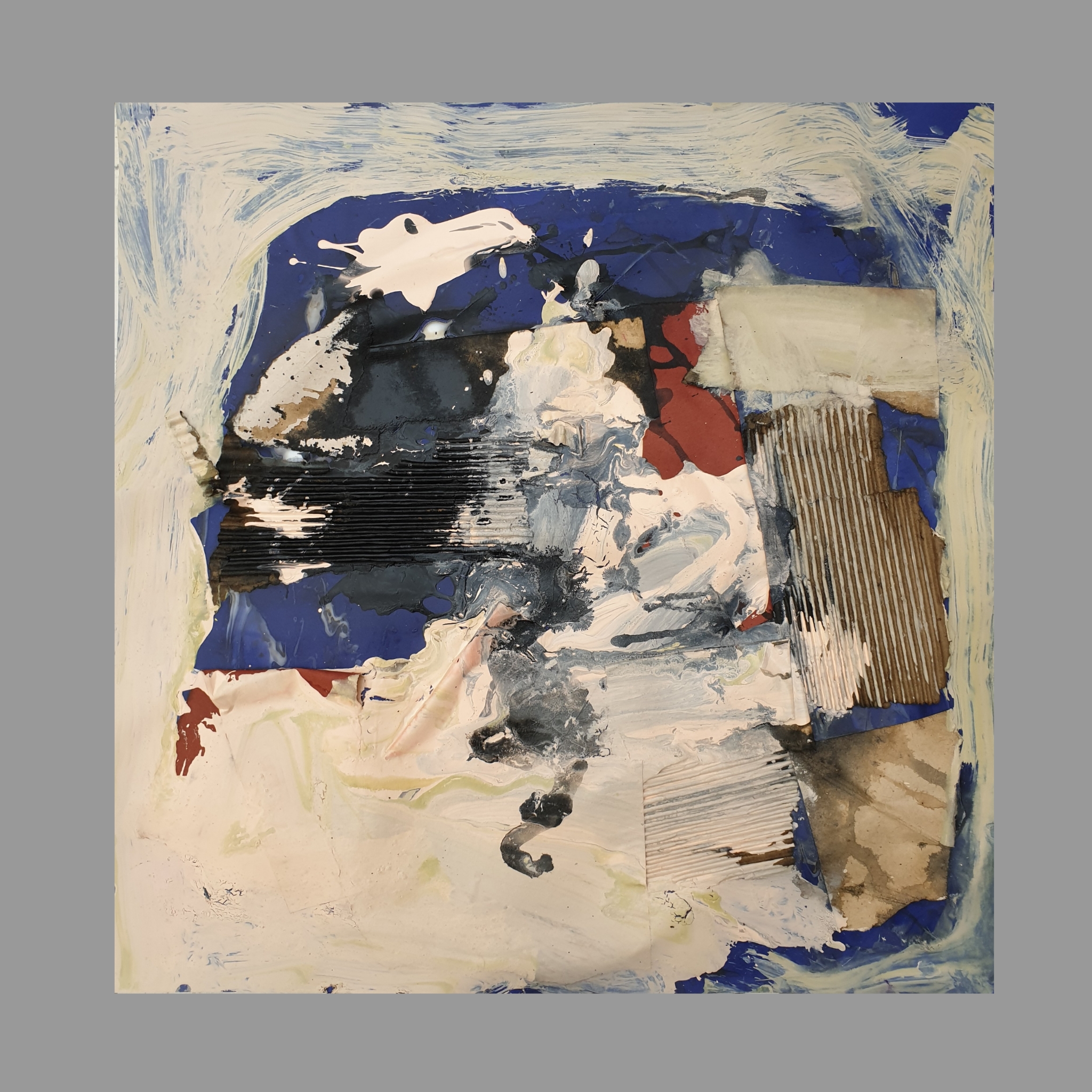 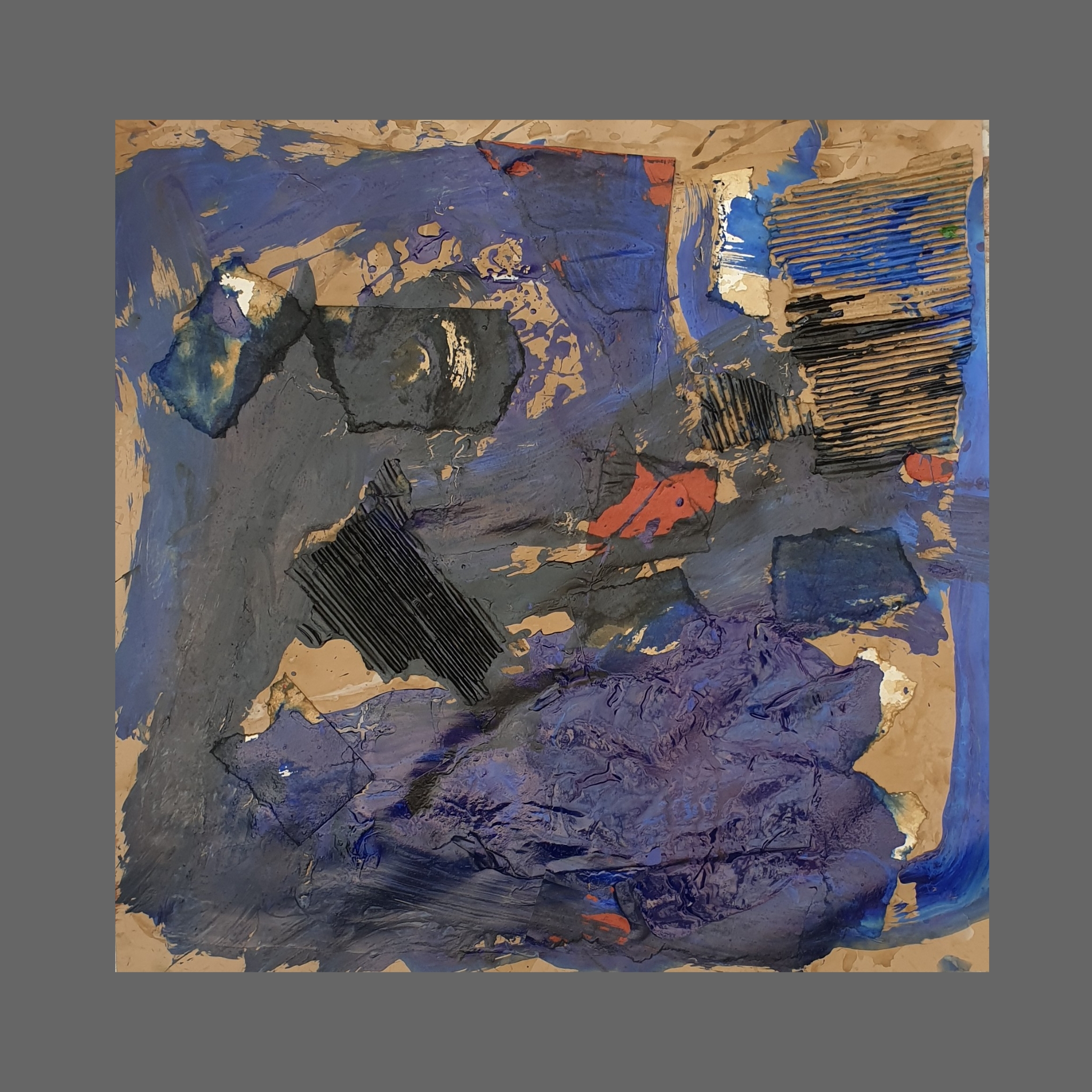 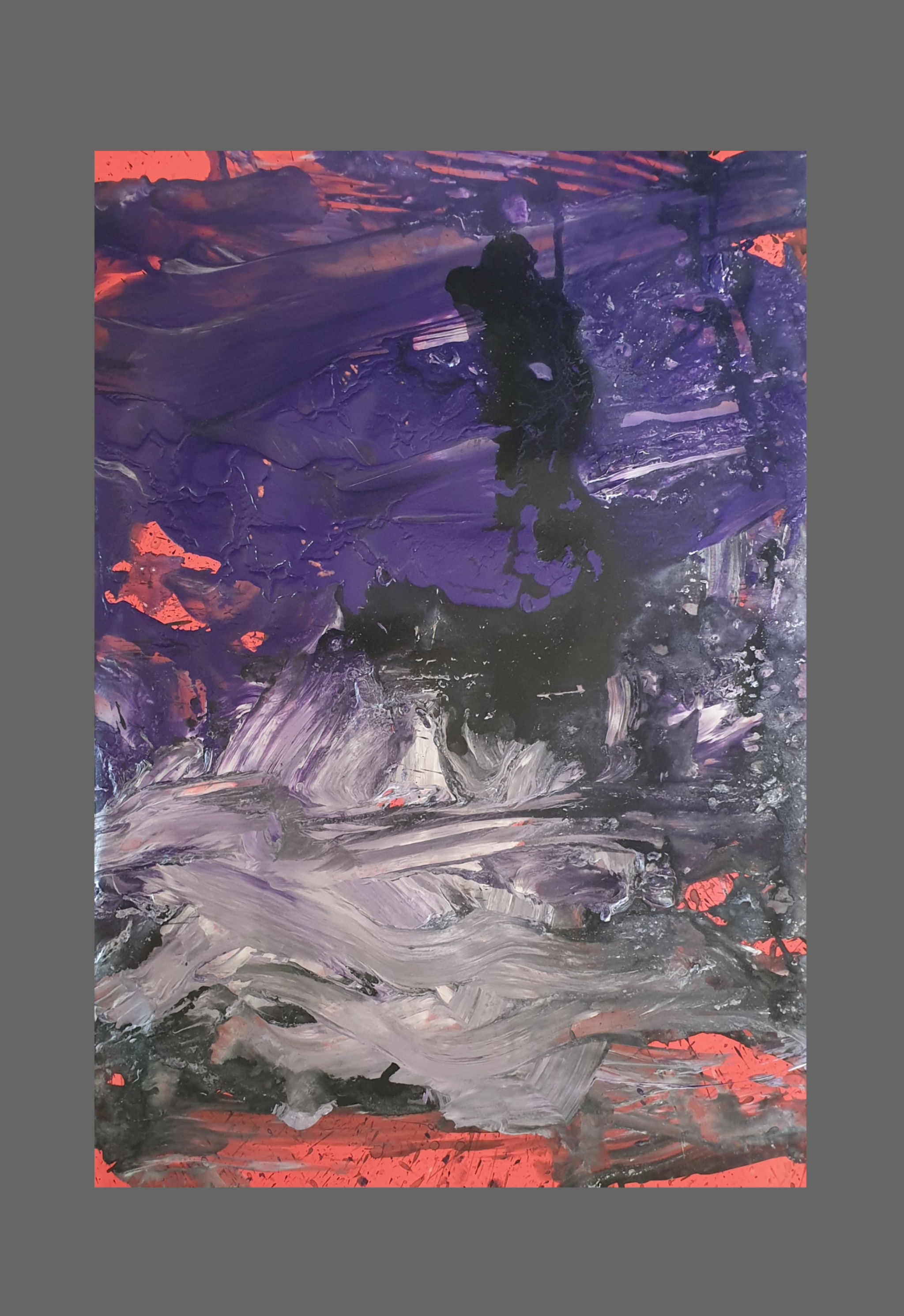 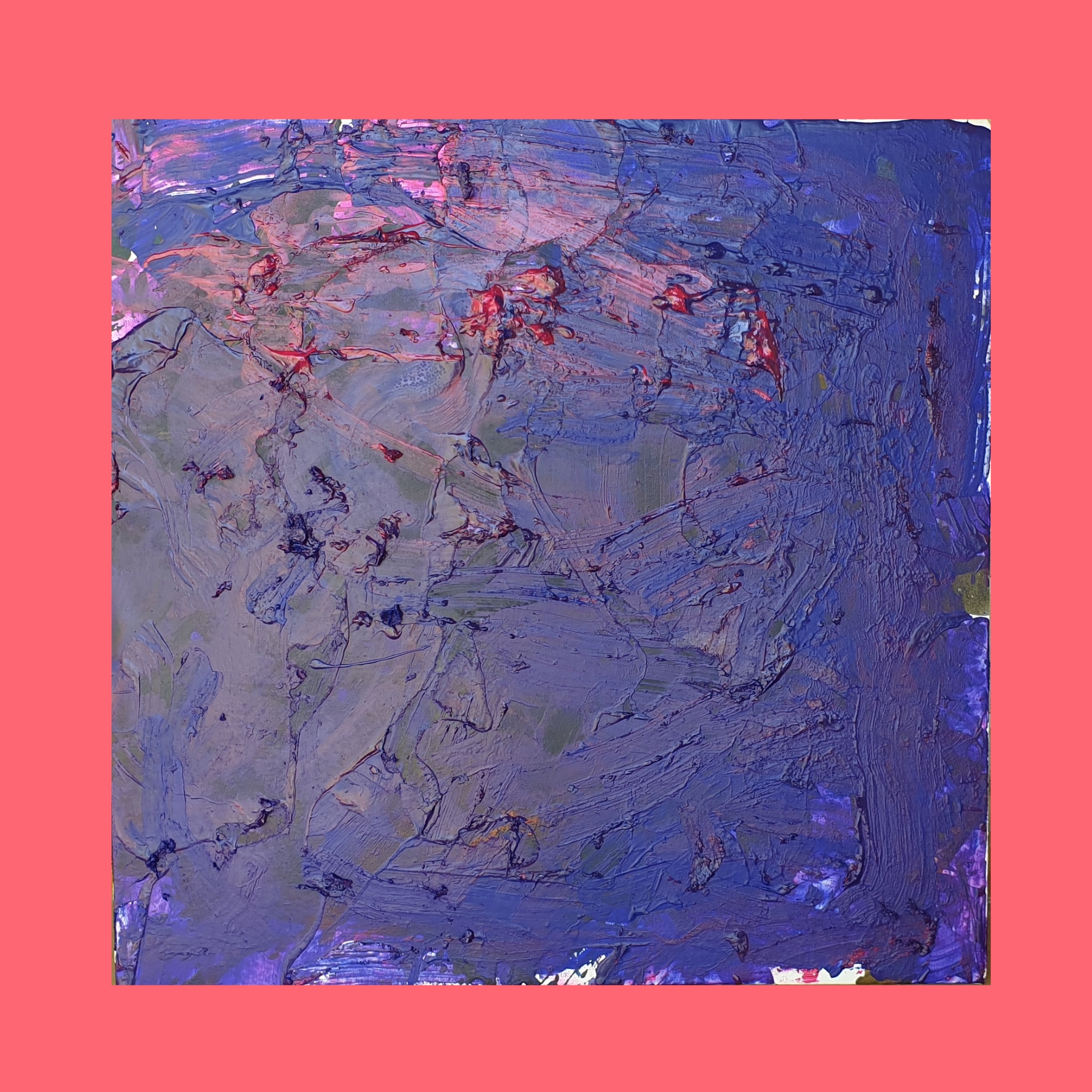 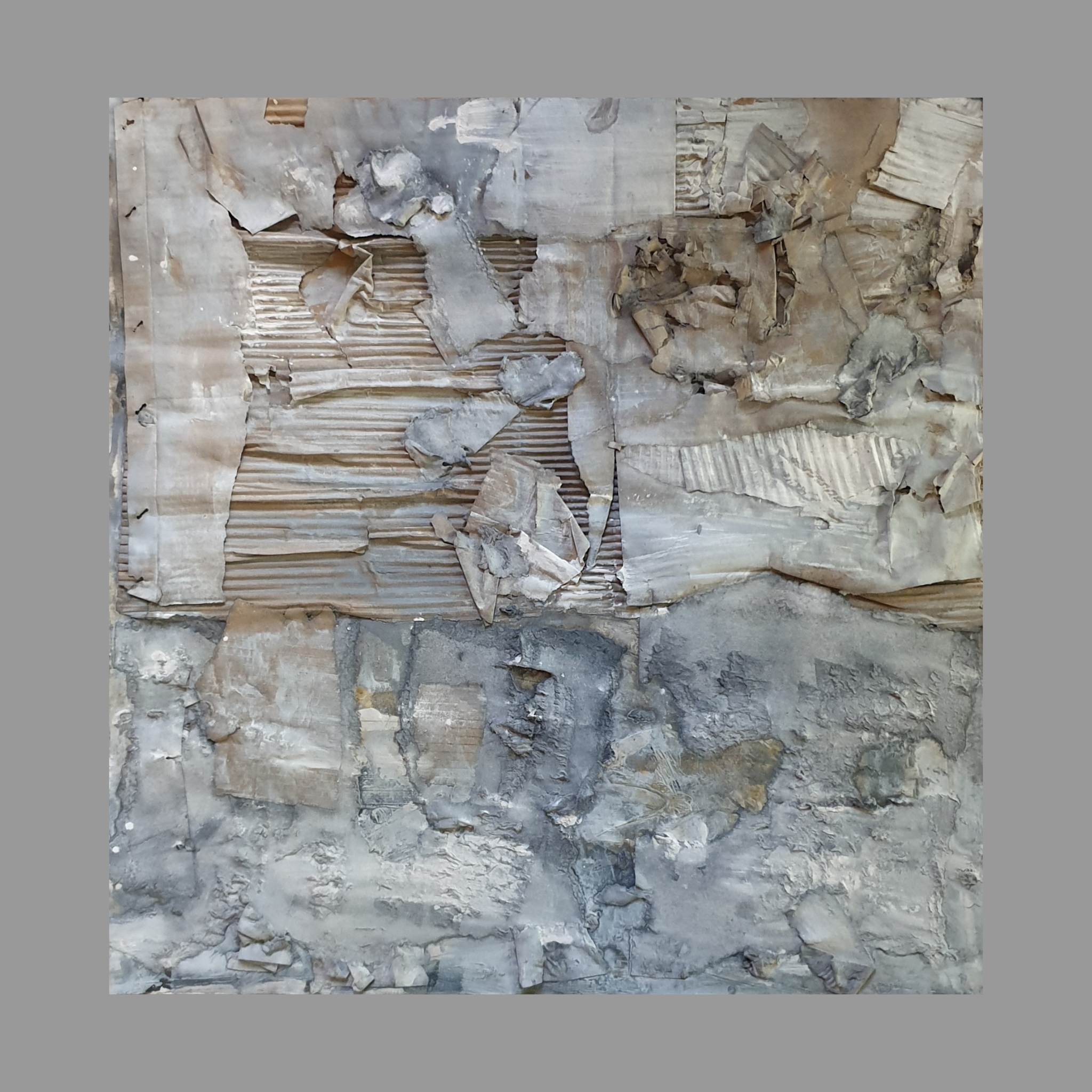