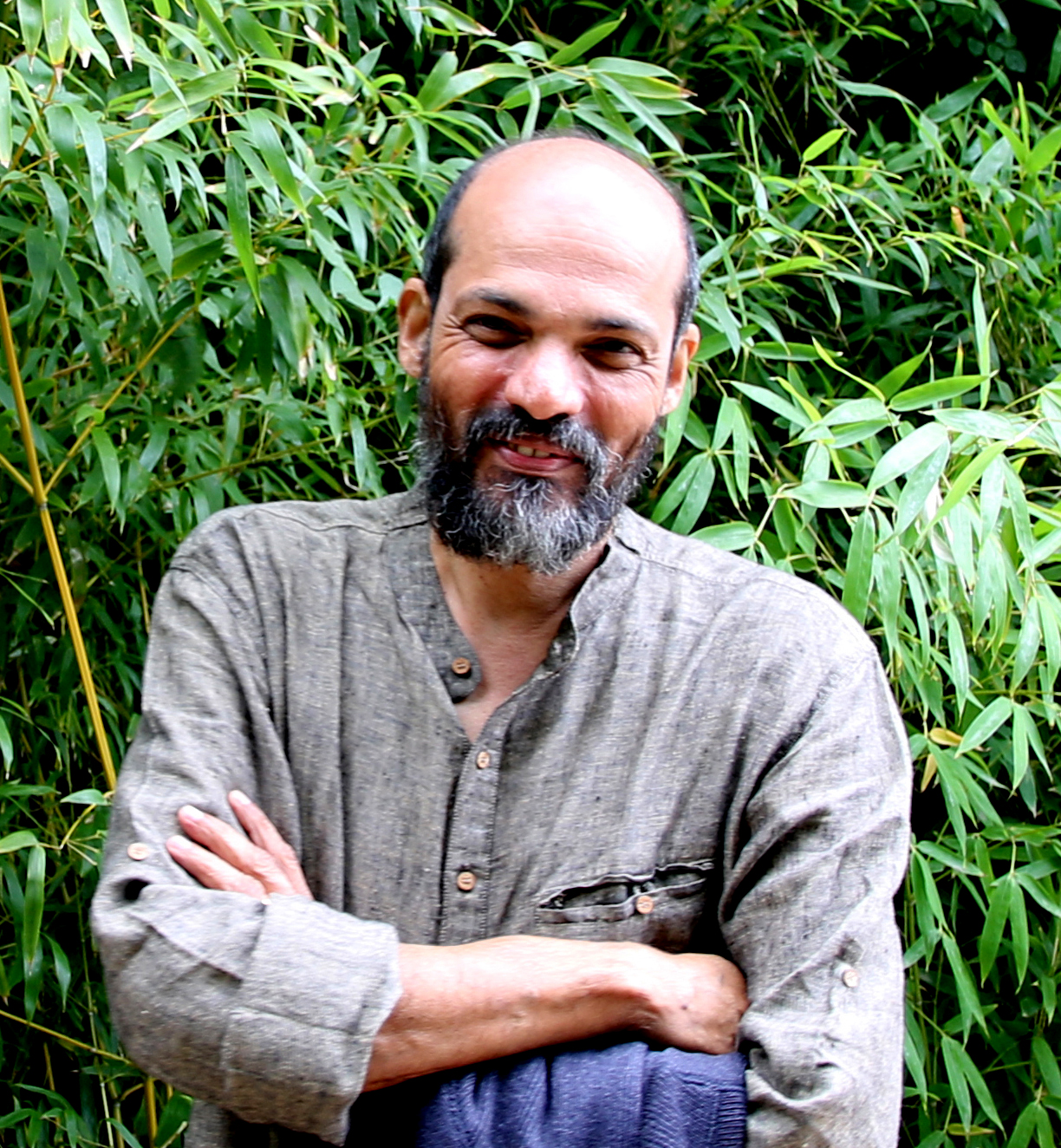 After his studies in philosophy, C.F. John opted to follow the gurukul tradition and had his initiations in art under Jyothi Sahi at Silvepura Bangalore. He has also been a disciple of Anthony Devasy of Kalakendra Thissur. In addition to five solo shows, five two/three artist shows, and over seventy major group shows around the world. Since 1993, John with the support of other artists has also initiated and facilitated nine site and community specific art events using installations, performance, photography and spaces of happening. Their themes have included territory, mangroves, open wells, urban violence, and cultural plurality, art and agriculture.

John has designed architectural spaces including a meditation space where one can come to reflect on earth centred experiences and contemplate the fragments of one’s identity that are humanly engineered.

He has Co-authored a book with Thomas H Pruiksma as a conversation titled “Body and Earth” and also have written many articles for various periodicals on subjects concerning modern day times in terms of art and life.

Have conducted innumerable art workshops for people from villages, children from slums, art students of various art colleges in Bangalore, for art teachers from DSERT and NCERT, and adults and undergraduates from Germany and US. John also has worked extensively in support of various people movements in the country towards their struggles for life, livelihood and identity.

C.F. John is the awardee of the Arad International Biennale of Art, Romania (2005); Honorable Mention, 10th Asian Art Biennale Bangladesh (2002) and Honorable Mention, 42nd National Exhibition of Art, Lalit Kala Akademi, New Delhi (2000). He is also selected by BBC Radio - 3   as one among 12 artists internationally whose individual approaches have led to innovations in their field.

He lives in Bangalore, India with his wife Reena Kappen and son Manush John.